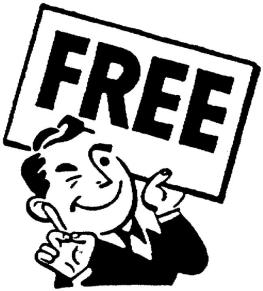 FREE! Yes, you read correctly. For the first time The Red Book and The Yin and Yang Book are free and complete. But only for the next 48 hours on Kindle. For those of you late to this blog, Chinese Whisperings was eP’s publishing foray and became in imprint in its own right at the end of 2012. It’s actually out of The Red Book which eMergent Publishing was born. All our successive publishing endeavours have stood on the shoulders of The Red Book. It’s where I cut my teeth as an editor and found even when I had my ‘bad cap’ hat on, writers were willing to come back and work with me again.

Once we’d pushed the boundaries of short story form, the anthology structure and collaborative writing, we did it again with The Yin and Yang Book, taking interconnected to a whole new level of madness with 22 writers!

Each anthology is a collection of interwoven short stories by emerging writers handpicked from across the English-speaking world. Unlike other anthologies, Chinese Whisperings is created in a sequential fashion and each story stands on its own merits while contributing to a larger, connected narrative. It takes around nine months to complete each anthology because of this.

The Red Book has each successive writer taking a minor character from the preceding story and telling their story as the major character in the next story. Each writer also references events from the preceding story to tie the ten stories together. The anthology can be read forward, or backward, and you can begin with any story you want because of its circular nature. (I’ll focus a bit more on The Yin and Yang Book tomorrow.) 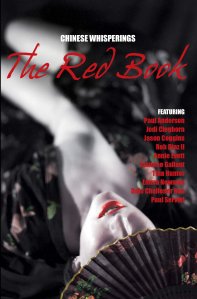 Miranda reaps what she has sown.
Mitchell understands there is no resisting fate.
Clint dreams of forging a violent destiny.
Elizabeth is about to make a discovery.
Robin hides a terrible secret.
Simon hasn’t slept in ten days.
Sam is pursued by nightmares.
Susie has lost everything.
David has just been found.
Jake atones for past evils.

Ten ordinary people struggling to keep their sanity in an insane world.

Eight other hearty souls set off on the initial experiment with us, including Emma Newman who has gone on to publish From Dark Places and 20 Years Later as E.J. Newman and is currently working on the Split Worlds series. Jason Coggins has gone on to write three series of Bloggin’ Brimstone. Tina Hunter  co-founded Tyche Books last year under the name Tina Moreau. All eight authors also penned stories for the Yin and Yang Book and many have contributed to Literary Mix Tapes anthologies as well.

Something Mean in the Dream Scene Jason Coggins

Not Myself Dale Challener Roe

Not My Name Jasmine Gallant

Out Of The Darkness Rob Diaz II

One in the Chamber Paul Anderson (Ed)

If your looking for a unique reading experience this is it. And for today and tomorrow The Red Book and The Yin and Yang Book are free. Honestly it doesn’t get better than that.