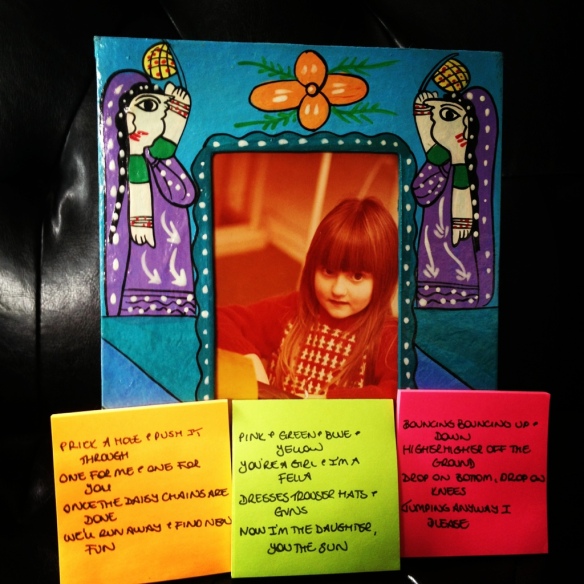 In rhyme and in technicolor…three of the things I loved doing as a kid. Composed, in part, at the service station today as I filled up.

And yes, that is me ages four communing with a typewriter in one of my Nanna’s hand knitted jumpers.

And so it comes to an end with a poem about we came, we saw and we conquered (a month of poetry)

There are several bonus poems too – taking up the challenge of frivolous.

Thanks for reading and more literary dares in March.

Intended as a poem about dealing with all my hair falling out over the summer, it took a strange turn at the end, which the in perfect me style, twisted again. I wanted it to be something other than the traditional notion of a broken heart.

This poems makes me think of Emma Newman’s story ‘The Unwoven Heart’ in From Dark Places. The title I stumbled upon after going in search of the meaning oubliette after reading Lisa L Hannett’s blog about being squirelled away in her self styled one (dungeon!)

At some point during the month I promised I would write a poem by Ella-Louise, my occassional alter ego (as it sometimes feels to exist in her fictional skin) over at Post Marked-Piper’s Reach. It is full of longing. Whether I’ve pulled off her voice in this, remains to be seen. This came as a single line – to desire a man, not mine to desire – as I walked through the shopping centre car park on Sunday. Such places we find the voices of our narratives!

The title is a nod of the head to the influence of Kaaron Warren’s and Angela Slatter’s story titles (Kaaron’s White Bed and Angela’s Dresses, Three). Both stories appear as reprints in the March release In Fabula-divino (edited by Nicole Murphy).

No guessing what the weather is doing today. Tomorrow I might add a lament about dank sheets compliments of round-the-clock 100% humidity. 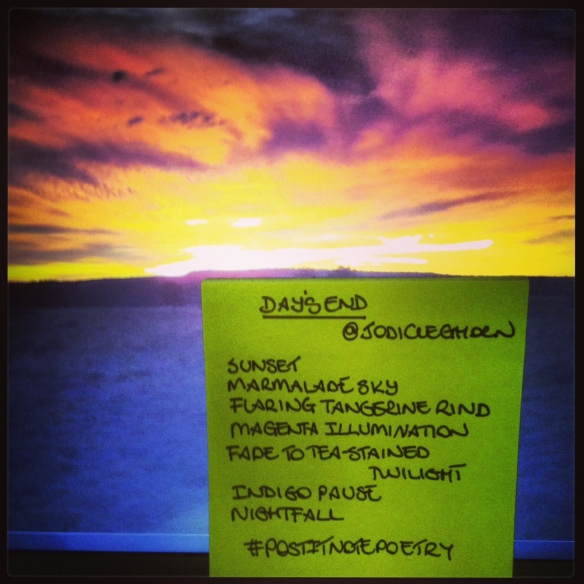 I have had the line “marmalade sky” in my head for weeks, waiting for the right poem to grow around it. The sunset on Friday evening was amazing. Standing in the middle of the road, watching it flare to life and fade just as quickly gave rise to the rest of the poetry. What I didn’t capture (or maybe I did) the impermanence of the moment, the beauty there and gone.

The title is a bastardisation of the French word for music box: carillon du musique. The poem didn’t quite come out the way I had intended (originally set out to create an atmosphere) and I don’t own a music box, so the photo added an additional diversion from the seed intent.

We just keep on going until the bell tolls…one way or the other.