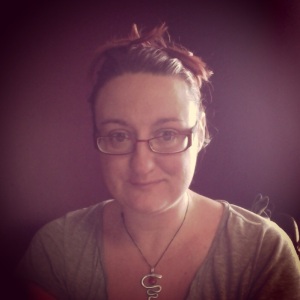 I lay in bed half awake contemplating the possiblity of hitting 50K. It wasn’t something I had gone to bed thinking was doable but something in the haze of a 6am Saturday morning skim of consciousness, I thought it was.

I got up. I didn’t bother with a shower (I’m photographed again in my nighty!). I boiled the kettle, made tea and sat down. I checked my word count. I was just shy of 9K from the elusive ‘win’. Even as I typed, I wasn’t sure if I could make it. If I was setting myself up for disaster to even announce my intention publicly. Somewhere along the way I did.

Despite the eddy of arguments in my household and plans that shifted like quick sand, I left with a tissue drenched in ‘focus’ oil and headed to the Write In at Milton. It was my first chance to attend one and Mel did a great job of getting me sorted out with all my paraphenalia. Jon offered to put my catch up stickers on my card, until I told him I was waiting until I hit 50K. That was what I was there to do. And write I did.

If I had have been at home, you know, I would have wandered away and done washing, swept a floor, anything, because it was hard. It hurt. And when I realised that I was going to have to write the scene between Tabitha and the sculptor as my final scene for the day it felt like a cruel irony I would end up here.

It came with a silver lining. That scene in the sculptor’s lair is the only fully fleshed out scene in the entire short story. I copied and pasted it into my manuscript and reworked it to fit the new narrative. And then the end. Oh Christ! I found out exactly why she gave in and let him do what he did. While it’s no explicit about what happens in the end, you don’t need to be Einstein to work it out and perhaps that’s what makes it all the more horrible.

This is the most I have ever written in two week (actually two weeks and two days). While I’m not writing this on the eve of the 16th day (I came home, sunk into a bath with a beer, tried to eat something and passed out in bed) I feel as though I can do a far better job of capturing it all with a brain that works.

I  know when writing is hard, it often means it is good, but hell…

Speaking of hell, let’s see what happens how Christian comes to sell his soul to the devil we will come to know better as The Sculptor (or John Hardgrave away everyone but Tabitha calls him!)

Christian knocked the scotch back and felt it curdle with the eggs in his stomach.

“That’s what I want to talk to you about.” He inclined his head to the book and the pages depicting breakfast that morning, sketched in. John would add colour later.

“I’d like to barter with you.” The words sounded ridiculous and he pulled at the place where his suspenders joined his breeches.

“Barter.” John took a slow savouring sip of the scotch.

“What do you have to barter, Christian?”

“I’ll sit for you,” Christian said rubbing his damp hands against the top of his trousers.

“I want one of your sketch books. A blank one and a supply of pencils.” He knocked the rest of the scotch back and sat rotating the glass on the table top waiting for the reply.

“We are friends, are we not comrade. This seems a rather, formal request. I’d be happy to just give you one.”

Christian swallowed hard. “This is the only way it can be and Tabitha can’t know. She doesn’t want either of us in here.”

“Intriguing.” John poured more scotch for them both. “I generally ask that those who come here refrain from talking about what goes on in these four walls. I like to protect my subjects in that way.”

“And what goes on in these four walls?”

“Artistic surrender. On both our parts”

Christian felt a cold sweat break out over his body.

“Honesty. I demand honesty.” He sipped at his scotch. “What I produce is a multi-faceted experience. It is my story, your story and the story of us all reproduced in plaster and clay, in ink and watercolour. Art demands naked expression. It does not abide falseness.”

“I have nothing to hide,” Christian said and slammed the rest of the scotch back. “I’ve… been naked before. For. For Art.”

John poured more scotch and Christian saw the door open on the past, himself peering in: Aliyah passed out on a mattress, her long hair in a snarled halo around her head, hands and arms encrusted with oil paint; Grim plucking funk baselines in stained pair of Y-fronts on a battered couch, his chest gleaming with sweat and come down from the last hit.

“To show the good faith of our deal,” said John and the door shut. Christian was back in the messy studio a world away from that share house and his first and last taste of fame.

He placed the black sketch book on the table, several pencils alongside it and then topped up their glasses.