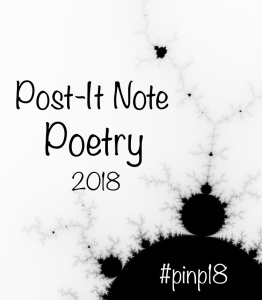 This February sees the return of Post-It Note Poetry (PINP) for the 6th year. Yes, this will be the sixth time I will have dedicated myself to writing very small pieces of poetry (of dubious quality) on post-it notes, or created poems of an equivalent size in honour of the original dare I had with Adam Byatt – to commit to writing a month of bad poetry on post-it notes. From little things big things grow.

I am co-hosting this year with the poetry powerhouse that is Sean Wright (who, if you read the press release, credits the very first year of PINP with inspiring him to get serious about writing poetry and serious he’s been since then as he’s just released his first chapbook of poetry Magpie Tales.)

Across the years I’ve done a bunch of different things, but for the last two years I’ve dedicated PINP to cut-up poetry. This year I am building on that – combining the analogue cut0up process with digital poetry using fractal images as the backdrop. We’ll see how well the idea transposes into the reality of executing and producing it for an entire month. Assuming I do have a second spare cut-up copy, I’m planning to use Calvino’s Invisible Cities as my base text.

PLAYING ALONG AT HOME

For those of you who’d like to play along at home (at work, on the bus or in any of those in between places perfect for scribbling poetic words on small squares of sticky paper) the ‘rules’ are simple:

I can’t wait to see what everyone creates over February.

* Actually cutting it fine this year after a tech mishap ‘lost’ the draft of the press release. 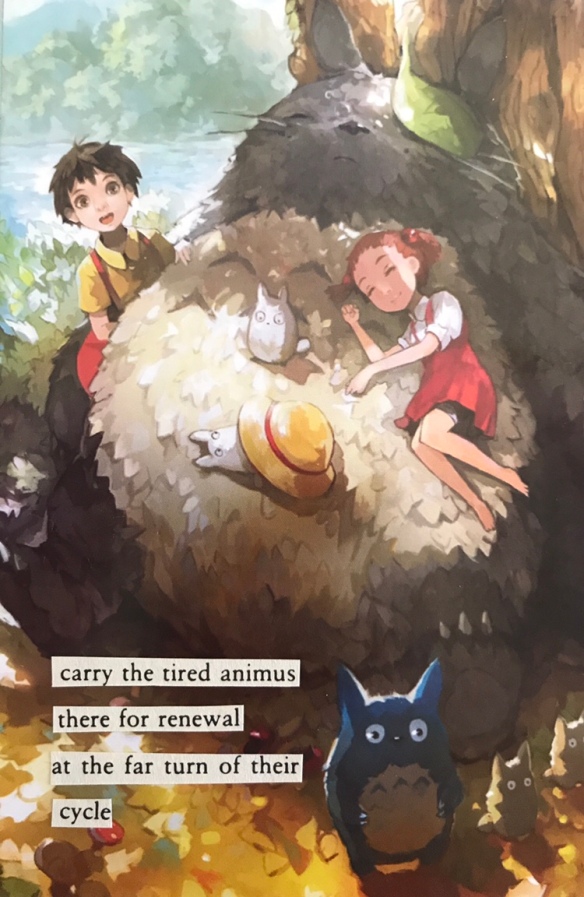 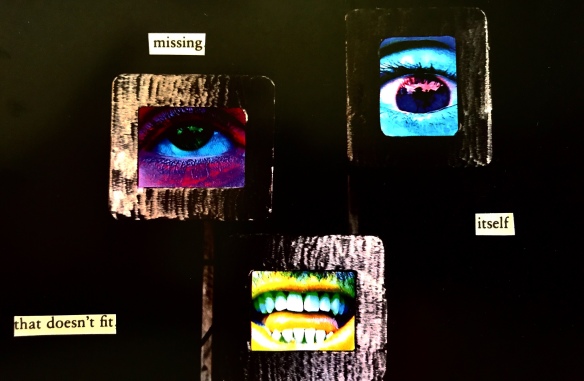 King (2017) from Cake Industries’ (Jesse Stevens and Dean Petersen) Machination promo card. Words from Women Who Run With The Wolves.

Love the cohesive discombobulation in all of this. 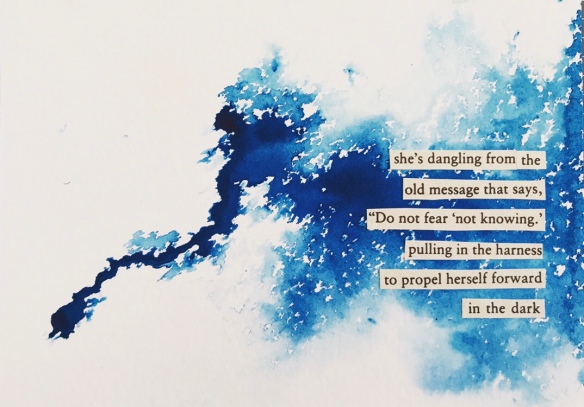 This one comes with a bit of a story. This is the second last piece of art for the series. As I’ve progressed through the 12 poems I’ve gone from making the poem and trying to fit them to a card to pulling a card and creating a poem for it.

This card has been around the block. I think every poem has almost had a turn on it.

But when I took it out today – I turned it sideways and could see a woman reaching out of nothing. I’d never seen it before. Then… well, I will never not be amazed at what comes up from a randomly chosen page.

As always, this is available for sale. $25 plus postage. Leave a comment if you’d like to claim it. 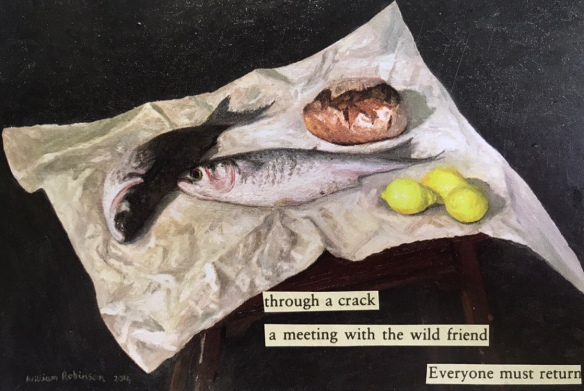 Still Life With Stunned Mullet, as represented on the promo card for William Robinson’s exhibition Eternal Present. Words from Women Who Run With The Wolves.