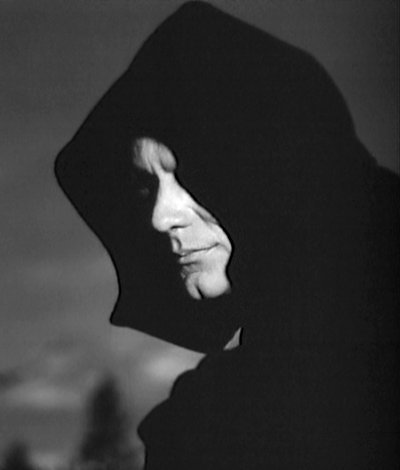 Jasper drew the curtain aside an inch and peered out. The pit was full just as Valentina had said, not that he questioned her word. He just wanted to see for himself. The three tiers rising around the pit were also full to brimming.

The agitators he had sent into the pit appeared to have carried on the work they had already done on the streets, in the market queues and in the tavernas in the days leading up to opening night. The right words in the right ears had the entire theatre was buzzing with the rumours of Cardinal Alessandro Medici. Jasper knew they were divided in opinion and was glad. He didn’t want to convert them all with mere street conjecture.

Valentina swore the audience were assembled like spectators at an accident.

A cool hand touched his arm and he let the curtain drop.

“There is still time to call this all off.” Valentina’s face was serious beneath the thick stage make up.

“I have listened to all you have had to say, my love. But this is something even you cannot sway me from. Not now.”

“You make a powerful enemy Jasper.” She pulled the shawl around her shoulder, as chills ran through her

“No, it is the Cardinal who has made a powerful enemy in me. Look out there Valentina. You cannot argue the power of the theatre. I have waited-”

“I have been careful in writing the script. Without the rumours spread the past few days, people may not have connected the dots. And even then.”

“Trial by public opinion Jasper – is that fair?”

“I am not condoning his behaviour. I am just worried for you Jasper. There is word The Angel of Death is in town.”

“There stories of the Butcher of Capena are just that. Stories. If only I were to think of such extravagant phatasies as a man who kills in the name of the Lord. A wingless angel who walks shoulder to shoulder with ordinary man. Bah!”

“They will shut you down after tonight. We’ll be excommunicated or worse.”

“There will be such an uproar after tonight he will be unable to touch us and keep his integrity. In fact, by the end of the week he will be removed as Cardinal. No parent is going to allow their boys into the care of the Church if they cannot guarantee their safety under his guardianship. He buggered me, my love. He stole my soul, just as certainly as he was the Devil himself. My soul was not his to take. I will spend the Eternity in hellfires because of him.”

“No God could condemn you. You were only a boy.”

Jasper moved away from the wings with Valentina trailing behind him.

“You should be with the others, preparing for the curtain to go up.”

Valentina hesitated, then drew herself onto her toes to kiss his rough cheek.

“May tonight be the redemption which your soul yearns for… then we can start over without the spectre of Medici one step behind you.”

Valentina moved away to where the players were milling, nervous and excited. She was calm – the sort of quiet she’d come to associate over time, as the prologue to something awful.

None of the players knew the real subtext of Jasper’s play or the potent veins of revenge which sustained and fed the play. They feed on the rumours just like the audience, Devouring and then debating the merits of them.

Only herself and Jasper’s circle of writing friends were privy to the horrible truth.

Turning back, Valentina saw one of the stage hands with his lips to Jasper’s ear and a smile spread across her betrothed’s face.

“They say the Cardinal is out there. Can you believe it? Come to see what all the fuss is about I’m guessing,” said a man dressed as Vice.

“As is the Cardinal,” snapped Valentina, nerves raw from worry. She forced her way out of the group of players and making her way to the left wing to await curtain call.

Dressed in civillian clothes, with a fake beard, Alessandro sat with members of the silversmith’s guild as a travelling artisan. Dante had secured the private booth seat for him, in the top tier of the theatre. As always Alessandro didn’t ask how he had done so. Ignorance was bliss and left him with little to repent at the end of the day.

Alessandro had a vague recollection of the playwright as an altar boy. He had been evil – ones of the boys who bit in a vain attempt to protect themselves from him. All the soft talking and bribery did little to charm his sort. He exerted only enough force to subdue them. The bruises easily dismissed as the boyish adventures. Afterwards he always dispelled teh boy from service so as not to taint the disposition of the other boys. The ones who shut up and took it stayed, and were advanced.

His spies told him the play featured him as the central character. As the First Act dragged on, Alexxandro saw they were correc – he had been elevated to the status of Everyman, though no one seemed fooled. The main character was a thinly veiled archetype, a clever device which enabled the playwright to point his feeble finger at the Arch Bishop. To flaunt weaknesses of greed and lust. To have his vices on public show was too much for Alessandra.

“Still in the Arch Bishops fold?” queried the man sitting next to him, when the laughter died down. “I have to say I thought His Excellency above such moral depravity – but now, I’m glad I wasn’t a boy in his church.”

“You are quick to judge,” snapped Alessandro.

“My apologies. I did not realise you were such a pious man, stranger.”

“God will sit in judgement of those who are wooed by lies and deception.”

Alessandro’s teeth screeched against each other, grinding them so hard his jaw hurt. His knuckles were white beneath the fancy lace cuffs of the shirt. The audience booed at yet another seduction of a young boy. The shape and construction of the theatre seemed to not only amplify and carry the words of the players on stage but the reactions of the audience, so he was surrounded in an eddy of malcontent.

A tap at his shoulder brought him back to the real reason for his presence tonight.

“It is time, Your Excellency,” whispered a familiar voice.

Alessandro stood and peered one final time over the balcony to the aberration below. In that moment it was as though he were bearing down judgement on all, rather than the reverse. He pulled his arms into the ornately embroidered jacket and slipped out into the empty space between the outer wall and the balcony.

The two men found the stairs and moved swiftly to the ground level. The tall hooded man secured the door behind them.

“Everything is in readiness.”

“Then go. I am sickened to the stomach.”

“As you wish, Your Excellency. May God have mercy on their sinful souls.”

Alessandro moved away from the theatre and found a viewing position from a nearby grove of trees. He counted off the minutes, knowing Dante waited for the exact moment when inside the theatre the stage was set alight to mimic hell and the roasting of the soul. Seeing the small spire of smoke rise, Alessandro counted off no less than a minute before a ring of fire encircled the theatre, licking at the dry wood, moving impatiently inwards to devour flesh and bone.

At a special Mass the next morning Alessandro boomed hellfire and brimstone from the pulpit ensuring the congregation knew of the blasphemy of the theatre and God’s wrath of such an abomination. Women and men wept.  Some shuddered fearful of the retribution in order for them because of the rumours they had helped perpetuate. Others wailed for the dead. In the back row Dante folded his left hand over his scorched right hand and smiled.

This story is a prequel to the Captain Juan serial, linking with Coruna: the man who was Uncle and is inspired by [Fiction] Friday prompt #152: “A segregated audience at a school play leads to a town revelation.”

Image: Bengt Ekerot as Death, from the film Det Sjunde inseglet (The Seventh Seal) (1957) via Wiki.