I was interviewed by Dave Versace about Elyora last week. It includes some probing questions about title changes and circuitous routes to publication – and music.

Gotta love unexpected questions about music. Especially when you have the correct answer (And She Was!)

The full interview is here.

Thank you to Dave who has been an avid supporter of my work, both as a reader and a fellow author, for many years. Dave’s original review of River of Bones is here. His in-person review of Piper’s Reach will remain between us. Congratulations are also in order for the shortlisting of Dave’s story, Lighthouse At Cape Defeat, in the 2016 Aurealis Awards. 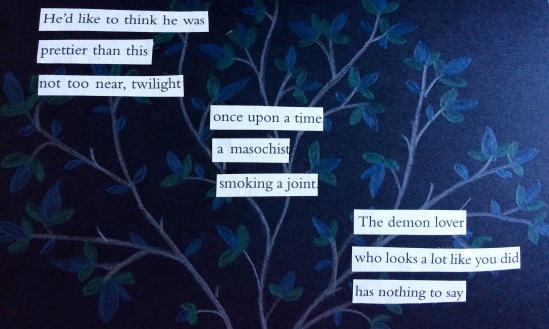 To celebrate today’s launch of Elyora I’ve compiled a list of facts about the novella, the writing it and other associated tidbits.

#1 Elyora began as a dream featuring a misshapen house, a woman and sirens in the river.

#2 Elyora was the name of the woman in my dream, not the town. It’s pronounced el-yor-ah.

#3 The first draft of Elyora was written during a June 2012 Rabbit Hole event run by the Queensland Writers Centre – 30,000 words in 30 hours.

#4 The original sex scene was written as a word count filler and was intended to be edited out of the final draft. The ending precluded that from happening.

#5 Elyora was edited by Lesley Halm (for Review of Australian Fiction) and if it weren’t for her commitment to the story she saw in the rough, it might never have been finished, much less published.

#6 Elyora was short listed in the Aurealias short horror category in 2012 – two days after the contract was signed to sell it as River of Bones to Endeavour Press.

#7 The a cappella scene was intended to have Suzanne Vega’s Tom’s Diner at the centre of it but words failed to bring it to life at the time. The new edition features Vega’s classic.

#8 The 2nd draft was almost complete before I knew what the menace in the river was. It was an accidental find after months of dedicated searching.

#9 Knowing what was in the river, and its folk history, added a new layer to the story, a new iteration of claustrophobia and fleshed out the backstory of Eleanor and Ethan Lazarus.

#10 Brigadoon, the town that appears for one day every hundred years, was one of the inspirations for Elyora, though my partner, insisted it sounded more like the town in Peter Weir’s The Cars That Ate Paris.

#10 Elyora is not based on the township of Ben Lomond. Ben Lomond has 3 churches and is on the wrong side of the road.

#11 FaunaBate almost hailed from Sydney. The Hume Highway between Melbourne and City was the intended setting. But a road trip in 2011 discounted it.

#12 It was only after Elyora was published that I visited Hal and Jo’s hometowns of Woolomin and Nundle. GoogleEarth was my friend prior to that.

#13 Sometimes it’s okay to read reviews! The new edition has small alternations to the flora and fauna based on Chris-from-Ben-Lomond’s Goodread’s review.

#14 Elyora was my first attempt at horror and I wanted to write something that would scare me stupid. My son managed to accidentally jump-scare me during a late editing session of the final garage scene.

#15 The hardest scene to write was the conversation between Ethan and Stanley. Nailing Stanley’s vernacular and articulation pushed my skills to their limits.

#16 In addition to the dream, two strong visuals components were musts for incorporation: the cars in the back of the garage and the tow hook on the old dodge truck.

#17 One reviewer said she would never again take a bath after reading Elyora. #sorrynotsorry

#18 Petrol actually was 13c/l in 1974. It was one of the facts I collected as part of my research. I also read the original research paper from the FBI Body Farm.

#19 Searching >Elyora< on Spotify will bring up the play list of songs mentioned in the novella. There’s 16 of them.

#20 The number of plays  logged for Yacht Club DJ’s ‘The mostly come at night, mostly’ hour-long mixtape – 82. It was on almost perpetual loop during Elyora’s writing and editing.

#21 Lesley’s original editorial stated that Elyora could be the lovechild of Gaiman and King, consequently, when it was first released, I told no one it had been published.

#22 River of Bones languished in relative obscurity until an Australia Day promo pushed it to #1 on the Amazon (Aus) horror charts and into the general Top 20.

#23 Most of the quirky details, from dashboard adornments to tattoos, were based on suggestions from The Elyora Brains Trust on Facebook during the 2nd draft.

#24 The third edition of Elyora (the 2nd by its intended name) is the only paperback edition. Only one was intended to be printed (as a reference for writing a script) but the idea of a worldwide paperback release refused to be ignore.

When Jo, Hal and Benny arrive in Elyora the absence of takeaway coffee is the least of their problems. At each other’s throats and without transportation, phone service or somewhere to stay, they accept the hospitality of the enigmatic Lazarus at the original Elyora homestead.

As day turns to night, the sanctuary of the rambling house becomes a terrifying alternate reality of memories peeling back onto themselves to expose secrets and paranoia dating back to 1942.

To escape Elyora and return to 2012, Jo must remember who she is and find Benny and Hal before they succumb to  the same fate as those who came before them.

Haven’t got a copy of Elyora yet – no stress. Just click here.

Want to add it to Goodreads. Easy! Just click here.

Coming on 20th February – a Goodreads giveaway. More closer to the date.

I’m having fun looking at each poem and trying to decide which ones represent misdeeds, which are misadventures and what are brazen acts of rebellion. You could say there is almost an element of each within every poem, though attaching one particular frame of reference has the capacity to slightly, or greatly, alter the understanding of the poem.

I’ve decided that at the end of the month I’ll put all the poems together and then Alaina, Leanna and I will individually reassemble them to tell the story we think they tell. I’m intrigued to see how each of us will do that. 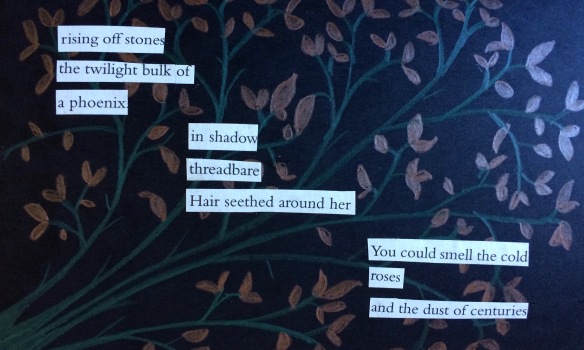 I’m ecstatic to finally announce the release of the paperback edition of Elyora this  Valentines Day.

For those who follow me on Twitter and Instagram, you will have seen a flutter of mentions late last year, but thanks to some health bumps, it’s taken until now to get it all to come together the way I want it to.

As some of you know, the novella was first published in Review of Australian Fiction’s Rabbit Hole special edition on the 23rd of December 2012, under the editorial stewardship of the very awesome Lesley Halm. Sean Wright encouraged me to to find a paid home for Elyora, which I did. But when I sold the manuscript in early 2013, the publisher insisted on a title change to make it less parochial and the addition of a new opening section to ensure it would hook the thriller readers it was slated to be marketed to. To compound it all, I signed the contract for River of Bones the day before Elyora was announced as an Aurealis short-listed work. And as a final nail in the coffin, the ebook was only ever available via Kindle.

To able to use my paperback rights to return the manuscript to its original narrative form,  to joyfully and proudly market it as ‘Australian gothic horror’ and to have it in a medium accessible by everyone, well it makes me a very happy author.

A BIT OF GOTHIC HORROR FOR VALENTINES DAY

I’m launching the paperback on the 14th February.

The book  will be available here (and for those that buy here, there will be something in your copies that I was unable to print in a mass market copy!) or via the usual online bookstores.

The novella is $11.99 (including postage anywhere in the world) and can be purchased by clicking here.

When Jo, Hal and Benny arrive in Elyora the absence of takeaway coffee is the least of their problems. At each other’s throats and without transportation, phone service or somewhere to stay, they accept the hospitality of the enigmatic Lazarus at the original Elyora homestead.

As day turns to night, the sanctuary of the rambling house becomes a terrifying alternate reality of memories peeling back onto themselves to expose secrets and paranoia dating back to 1942.

To escape Elyora and return to 2012, Jo must remember who she is and find Benny and Hal before they succumb to  the same fate as those who came before them.

Four years ago, while we were writing Post Marked: Piper’s Reach, I dared Adam to write a bad poem every day in February. Adam dared back – the poem had to fit on a post-it note.  Post-It Note Poetry was born as a monthly adventure. From humble beginnings in 2013, Post It Note Poetry has grown, and now commands international participation and the generous stewardship and curation of S.B. (Sean) Wright. (A big wave to our friends at Hartlepool Libraries in the UK!)

The participation guidelines are pretty simple:

Follow @seandblogonaut or @jodicleghorn to keep abreast of what’s going on during the month. Sean has a dedicated Twitter timeline for it.

In 2016 I was able to test drive my poem squares for #pinp16. I’ll be pushing the boundaries again with #pinp17 to create a basis for a new project I’ll be launching in the next few weeks. I’ll be posting pics here every few days, but Instagram will be my main haunt. 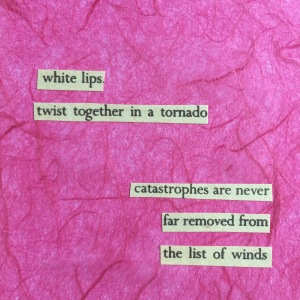 Merry Christmas to you and yours.

May you ignore all the rules that prevent your heart from singing and your spirit from soaring this festive season.
Much love,