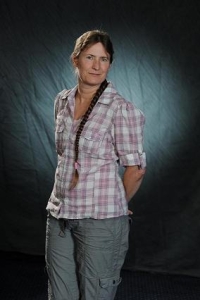 It’s a warm welcome (on this cold Winter’s day) to Australian author Patty Jansen in the very first interview to appear at Writing in Black and White.

Patty lives in Sydney where she writes hard SF, space opera and weird fantasy. Apart from Writers of the Future, her fiction has appeared recently in Redstone SF and Dead Red Heart (her story “Quaratine” comes highly recommended – especially for any Aussies whohave lived or holidayed in the vicinity of Townsville!)

Patty talks with me about her involvement with Andromeda Spaceways Inflight Magazine, winning the Writers of the Future competition, traditional and self publishing, the background of “must use bigger elephants” and of course… her books!

You belong to the Andromeda Spaceways Inflight Magazine collective. What makes ASIM special, as far as journals/magazines go? What do you do as part of the collective?

ASIM is run as collective, which makes it both a little bit mad and very resilient. A bit mad because we have a different editor for every issue, which means there is not one taste in particular represented in the magazine. Instead, I think it is a very good cross-section of up-and-coming writers from around the world. The magazine has proven very resilient, because when one person drops out for whatever reason, there is always someone else to pick up the slack, and this is why we’ve now been going for almost ten years and have produced more than 50 issues. Rotating membership of the co-op ensures a constant influx of keen people to learn about the business of producing a print magazine, and so ASIM has been the breeding ground for many Australian writing and editing careers.

My tasks in the collective are as slush reader, proof reader and occasionally as editor. I’m currently editing issue 53. I also look after non-fiction and book reviews. Sometimes I use the @ASIMtweets twitter account. The crazy thing is that I have no idea who else tweets on this account, but it’s clear someone does (either that or the resident ASIM ghost has been playing with the controls again).

Years ago, humanity discovered a planet with intelligent life, but the—vaguely humanoid—inhabitants had nothing to sell and wanted nothing from humans. After failing to achieve even basic communication with the natives, all important human agencies left, and the planet was left in charge of a religious mission. When the story starts, a war has broken out between the two native species and the missionaries are trying to play peacekeeper. Miranda Tonkin is a delegate from a peace agency whose task it is to decide whether the money the agency sinks into the unsolvable conflict should be withdrawn. But while she is on the planet, this previously distant conflict comes to life, and she falls in the same, very human, trap that has ensnared the religious brothers, because the nature of this war fools all human senses.

Phew. It would probably be easier for me to say what hasn’t changed. Before my win, I was a total nobody. Six months later, I’ve sold enough fiction to join SFWA as full member and there are some very shiny things in the pipeline which you’ll hear about in due course.

The Writers of the Future Contest is by far the biggest competition of its kind in the world. It’s unique. They’re a bit coy about how many entries they get every quarter, but it’s somewhere in the four figures. To be one of the three winning entries out of all those is nothing short of amazing. The winning entries are the people who go to the workshop in Hollywood, where you spend more than a week getting the inside story from most of the judges and a selection of other significant writers. This entire experience is—I know it gets boring—nothing short of amazing. To have Gregory Benford come up to me and tell me he enjoyed my story is beyond belief. Ditto with Kevin Anderson, Mike Resnick, Larry Niven. At a con you’d be lucky to spend five minutes talking to these people while you’re waiting at the registration desk. At the workshop, you spend days with them.

As a result—what’s changed? A lot. For one, confidence. Hey, I can actually write a decent story. Hey, my view of publishing is shared by some others. Secondly, contacts. You know these people, you can ask them questions. Thirdly—people, editors, agents, take notice. A Writers of the Future win makes a huge difference in the type of responses you get from publishers.

Your books are published traditionally and also self published? What are the pros and cons of each style of publishing for you?

My aim is to continue to do both. The benefits of being traditionally-published are widely underrated by self-publishing proponents. In short, traditional publishers have readers, a ready-made audience. Unless you’re extremely lucky, and you write paranormal romance, you’ll find it really hard to get anywhere near that sort of audience for an unknown writer. You need to be published in traditional venues to acquire the audience.

The advantage of self-publishing is that you can keep your published material in print, available for people to read when they search for your name, and not buried four menus deep in the archives of a magazine site. Or, heaven forbid, under a stack of fifty books in the TBR pile.

Most of my shorter ebooks are pre-published stories.

I also have two self-published novels. Because it takes such a long time to go from query, to full manuscript request, to publication offer, by the time said publication offer fell through, I was no longer writing that type of fiction and did not want to continue marketing those novels to traditional press. When I sell a novel to traditional press, it will be either hard SF or space opera. My SF for kids and my planetary romance novels were a huge lot of fun to write, and great stories, but they’re no longer representative for what I most want to sell.

Most of all, I treat my Smashwords account as a repository for virtual business cards. Because I have samples up of all genres I’ve written, I give away a lot of fiction

Tell us about “Must Use Bigger Elephants”.

Must Use Bigger Elephants is my blog and the focus point for all my activities. Why this strange title?

Well, supposing you filled the entire surface of the Moon with elephants. And at the blow of a whistle (yeah, the whistle would be inaudible, but never mind), they all started running in the same direction. Would their combined mass speed up the Moon and show us the dark side? Well, not really, according to my calculations, at least not noticeably within a human lifetime (and that’s a long time for an elephant to keep running, never mind to hold its breath). But my story required the Moon to speed up through running elephants. Which leaves only one solution: Must Use Bigger Elephants. Science Fiction is about bigger elephants. It’s about extrapolating the known into the as-yet-un-achieved. What if you filled the Moon with mammoths?

On the blog, I discuss writing, science, science in fiction as well as the activities of my fellow writers and editors. You can also find links to my fiction.

A final note on Patty’s Books… 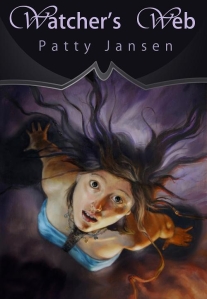 Out of the nine titles I have available currently, I’d like to point out my novelette His Name In Lights, which is a character-focused hard SF novelette published in the Universe Annex of the Grantville Gazette.

Watcher’s Web with the gorgeous cover by Nico Photos is my planetary romance novel. I had a huge amount of fun writing it.

The Far Horizon is a novel for younger readers. When my kids were young, I read to them every night. I noticed that there is lots of fantasy, but almost no Science Fiction. I set out to write a very human story with separate layers for both kids and their parents.

My interview with Patty can be found here.

I have the honour today of talking about 100 Stories for Queensland, my publishing adventures and winning ‘The Hembury” in May over at Patty Jansen’s Need Bigger Elephants (what a smashingly awesome name for a blog!) Please feel free to slip over for a read and leave a comment.

I also have a few questions from Angela Slatter waiting to be answered, for a not too distant Drive-By on her site. I’m torn as to whether to choose the donut or the danish?

And speaking of quiet words… the lovely staff at the Queensland Writers Centre sent me a little something in the post today. 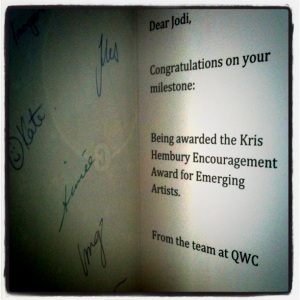 After years of believing the post only bought bills and nasty letters from Centrelink, I have renewed faith and excitement in the arrival of the postie each day. Kind of like being a kid all over again. 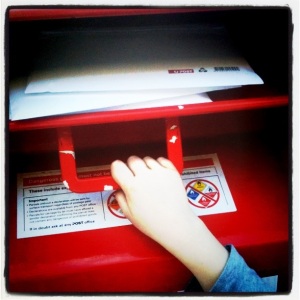