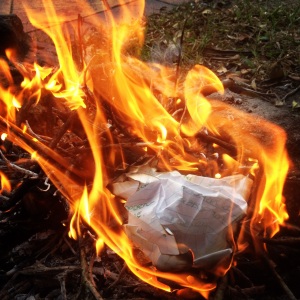 Earlier this year, my collection of vignettes “Nothing New to Begin” was lucky enough to find a home at Tincture Journal after a year cooling heels in competitions and slush piles.

I wrote it in August 2012 as I was waiting to hear back about “Elyora” (back in the days when it was a truly terrible barely second draft in the submissions folders at Review of Australian Fiction) and while Adam and I were neck deep writing Post Marked: Piper’s Reach.

I wrote it as a little bit of therapy. For those of you who read PMPR in its online incarnation, you’ll understand! I also wrote it as a challenge: to capture moments in less than 250 words. It was my hope that each section could be read alone, but together they would build and develop a shared narrative of the two main characters. I have Dan to thank for stripping it back to the bare essentials.

“Nothing New to Begin” is now available for free on the Tincture website.

My first ever poem’Ambrosia’ is published today in Issue 10 of Vine Leaves Literary Journal. I have to have a bit of a giggle, because it’s a love poem, but as far removed from the angst-ridden and terribly rhymed poems of my adolescent as possible.

The original imagery (of a woman in red stepping from a train onto a grey dismal platform) came in early December, not long after I’d finished writing my novel, my brain broke and poetry came out. While I had various lines of poetry, it took almost three months to bring it all together.

The line about the brulée I recited from Toowong to Wilston, down Coronation Drive, when it came to me en route from Stacey’s place to Lois’s in early February. As soon as I pulled into Lois’s I grabbed my phone and madly tapped the line into notes, so grateful I hadn’t lost it on the trip.

I share the ToC (and ironically, the same page!) with Adam – who also gets to claim the title of ‘published poet’ today. You’ll find us on page 23.

Vine Leaves is a free publication and can be read online with Scribd or can be downloaded as a PDF. Many thanks to the ever-wonderful Jessica Bell for taking a chance on the poem, and those in my writing group for their feed back (especially Stacey who went through it with her trademark brand of razor sharp editing).

…proving, yet again, my blog is suspiciously similar to a bus station platform

My string of vignettes ‘Nothing New To Begin’ is available now in Tincture Journal, Issue Five. I share the ToC with two of my PINPS colleagues: Stacey has the short story ‘Diary of a Tree-Sitter’ and Sean has a poem ‘The King’.

NOTHING NEW TO BEGIN

I wrote this piece back in August 2012 while Adam and I were in the middle of writing Piper’s Reach. I wrote it partly as therapy, partly to see if I could pull off the concept: each section a stand alone vignette, a snap shot of a moment, an ambigious  space for the reader to fill and be no longer than 250 words.

Even though they were all intended as separate pieces, I wanted them to fit together to tell an ever evolving and deviating story. It was a piece that I put through the beta reading wringer. I got a number of non-writing friends to read and comment on it before I sent it off to Dan Powell who expertly cut 250 odd words from it. Adam and Stacey all had input at varying junctures.

Here is a taster…

The silence of the car trip followed them inside with the chill of night air. She paused in the doorway then backed away, staring at the queen-sized bed. “I’ll sleep in one of the other rooms.”

A single bed had less lonely space to fill.

“I wasn’t suggesting…” he said, and she forced a smile to stop him finishing the sentence.

“Are you okay?” The car trip haunted her. How the conversation had petered out with the suburbs, becoming polite inquiries about the next CD and the best rest stops once they hit the highway. If she’d known it would be like this, the melancholy clinging to them like the damp sea air, she’d have never suggested it.

“We should eat,” he said. “Something proper.”

She nodded and watched him put his bag down on the far side of the bed.

Thunder heaved and the first iron pings of rain began to fall. An overhanging tree branch clawed the guttering. The window lit up.

“A storm?” he said, looking surprised.

“Of course a storm,” she said and placed her bags carefully on the other side of the bed.

Want to know what it is all about, how it ends. Buy your copy here for just $8.

Golden pinstripes of light moved down his naked body in a slow, sensuous scan and for a moment jealousy stabbed at her. The thought of dawn reaching out to claim him, when she’d waited so long.

Vote for “Yearning” in the Readers’ Choice Poll.